There's still time this season to preserve some of nature's bounty. The soft fruit may be nearly finished but there are the last of the plums, then brambles, apples and pears to enjoy. This summer I was delighted to write some guest posts for Edinburgh's most popular food blog Edinburgh Foody, on the subject of soft fruit and berries, how it's grown and how to cook it, plus a few tips on preserving. 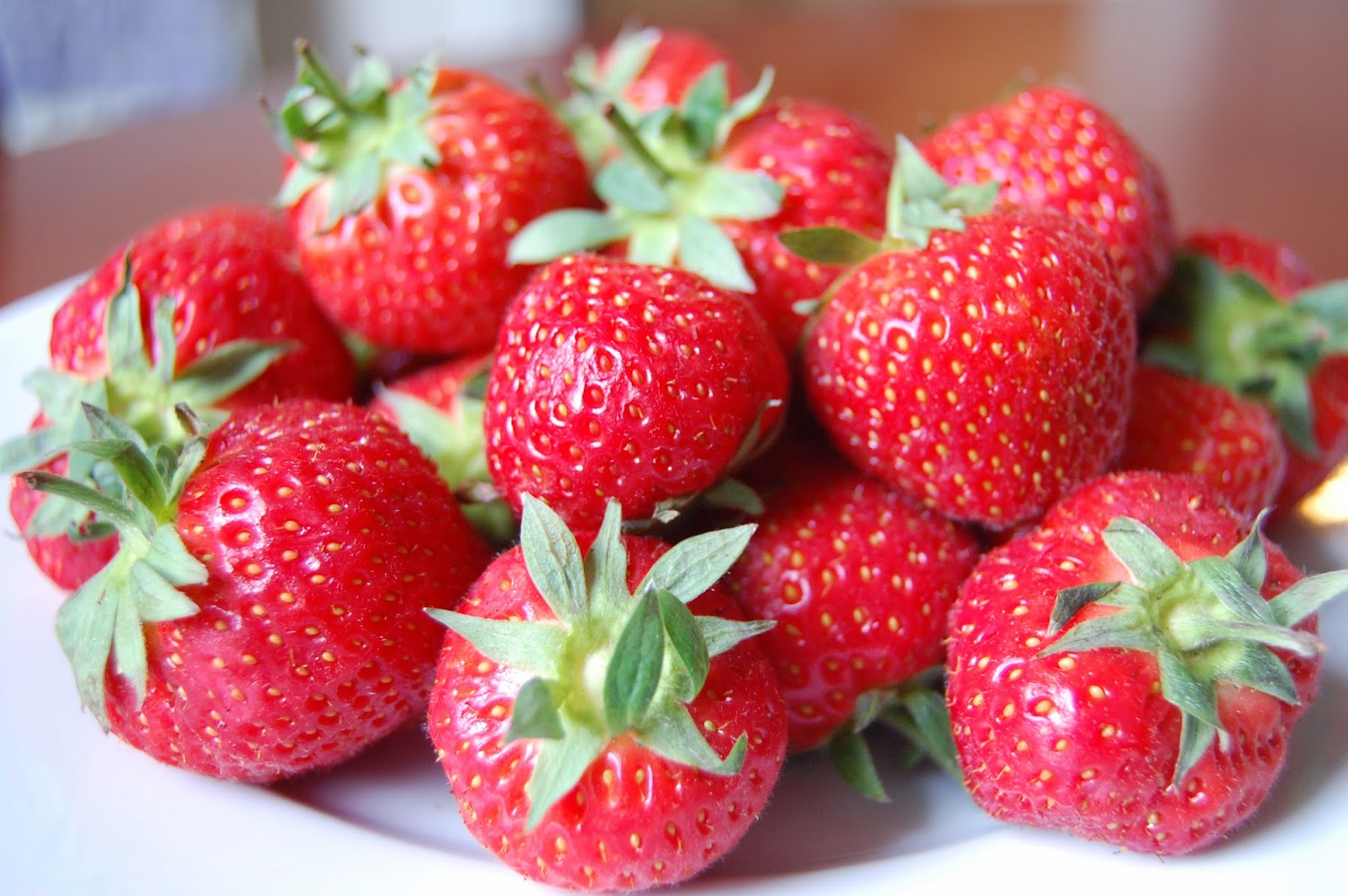 If you're starting to feel a tiny bit nostalgic for summer past, have a read over at Edinburgh Foody about my visit to Cragie's Fruit Farm (the last one remaining near Edinburgh!). Also be sure to sign up for their newsletter to get all the latest info about what's happening on the foody scene here in the East, and to learn more about founder Danielle's journey in France training to be an artisan baker. I'll be co-hosting the next #ScotFood Chat on 4 August, which this time focuses on Edinburgh and the Lothians. If you're interested in chatting about what's good, new and interesting about food in this area of Scotland, get on Twitter and meet some fellow foodies to discover more.

It's a great way to promote your event, business, product, blog or just to find out what's happening in Scottish Food and Drink.

It's simple to get involved, just respond to the questions below and join in. The chat goes quickly, so you can schedule your answers first to send time and then interact with others and post photos or links. Don't forget to use the hashtag #ScotFood.

#ScotFood Chat starts at 9pm, 4 August, hope to see you there!

Check out these pages if you’d like some more information about how to host or how to participate.
Posted by Unknown at 07:18 No comments:

Recipes in The Bruntsfield Links magazine 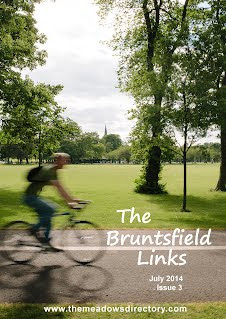 As you may know I'm quite active in the community of Bruntsfield, helping to set up Dig-in Bruntsfield Community Greengrocer. I've also had the pleasure of contributing some seasonal recipes to the new Bruntsfield Links magazine, which is available online or you pick up a copy in local shops or cafes.

The latest July edition features Sea Bass and Broad Beans, and you can view May's delicious Asparagus Quiche online and also in the Meadows Directory magazine for June on the same website. 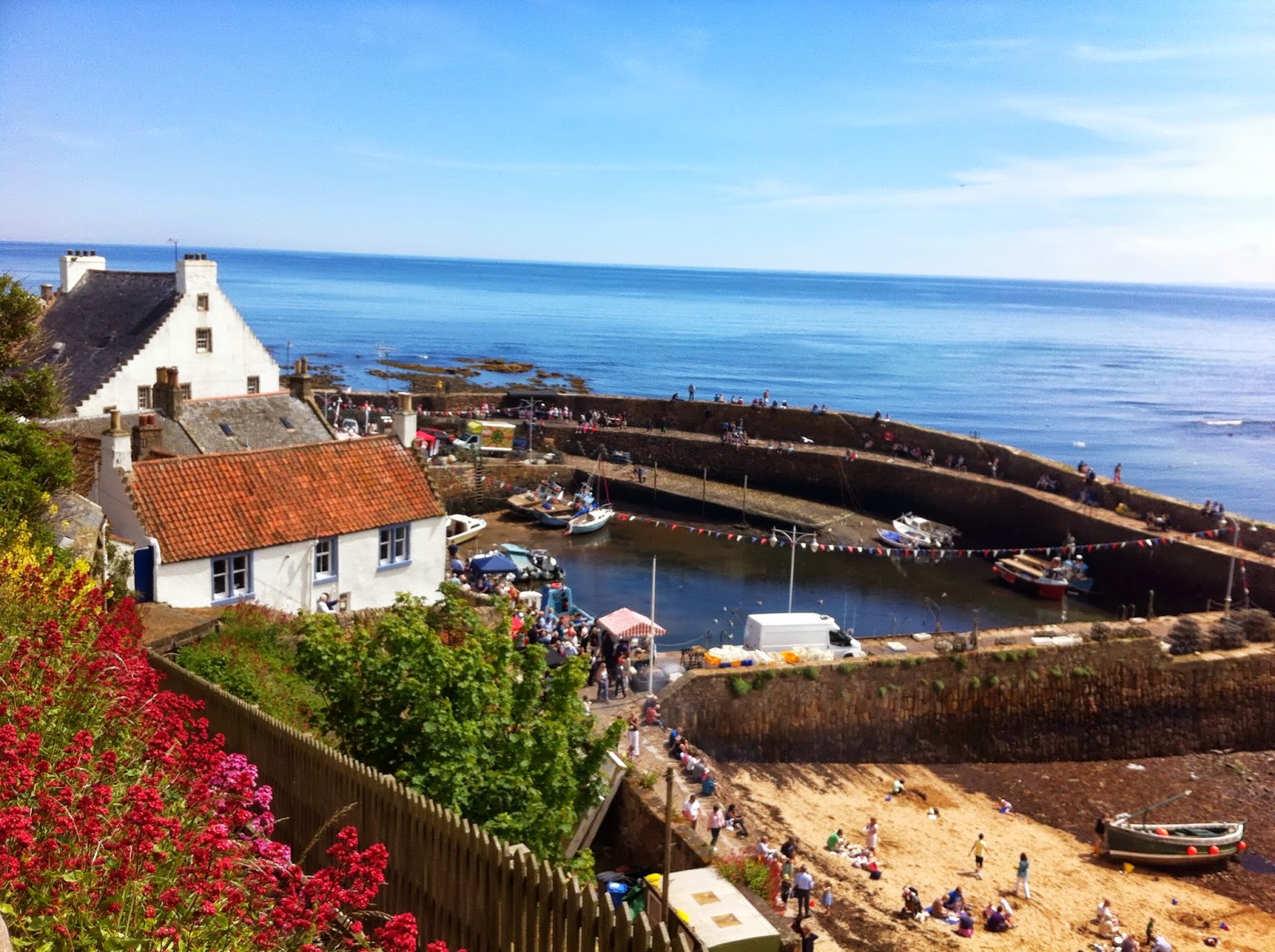 This weekend sees the 4th Crail Food Festival take place in the East Neuk of Fife and this year looks to be bigger and better than ever before. Across the two days highlights include special Children’s Workshops, Food Trail and The House of Sugar playing host to a Crail inspired 3D cookie art installation created by local company Sucre Coeur. 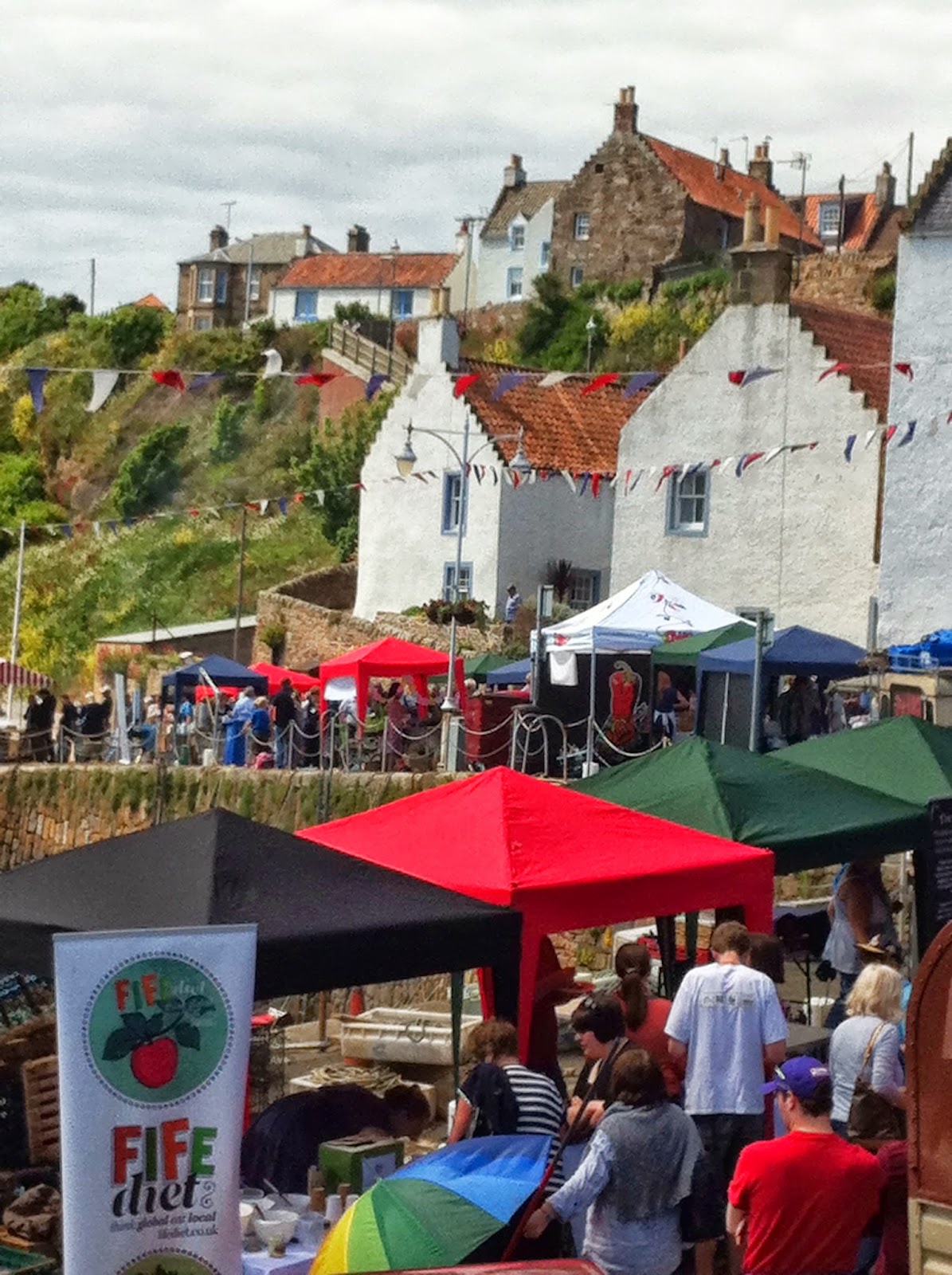 Over 50 local foodie participants are taking part with a special Tasting Theatre and Food Market with food samples to try all day. Local food and drink on offer will include cheese, venison, smoked fish, gin, and craft ales. One of the local producers taking part are Ceres' Chillilicious. Read my article about them on the Crail Food Festival website from earlier this year here

There will also be Meet the Producer workshops ranging from whisky and chocolate matching to cheese and wine pairing and a Cookery Theatre featuring demonstrations by a range of local cooks and chefs using seasonal produce.

The Crail Museum will use the festival as an opportunity to tell visitors about the historic local delicacy, the Crail Capon, a haddock smoked traditionally in a chimney. It's fascinating to learn more about these old histories and traditions, and I for one will be stopping by the museum to find out more. 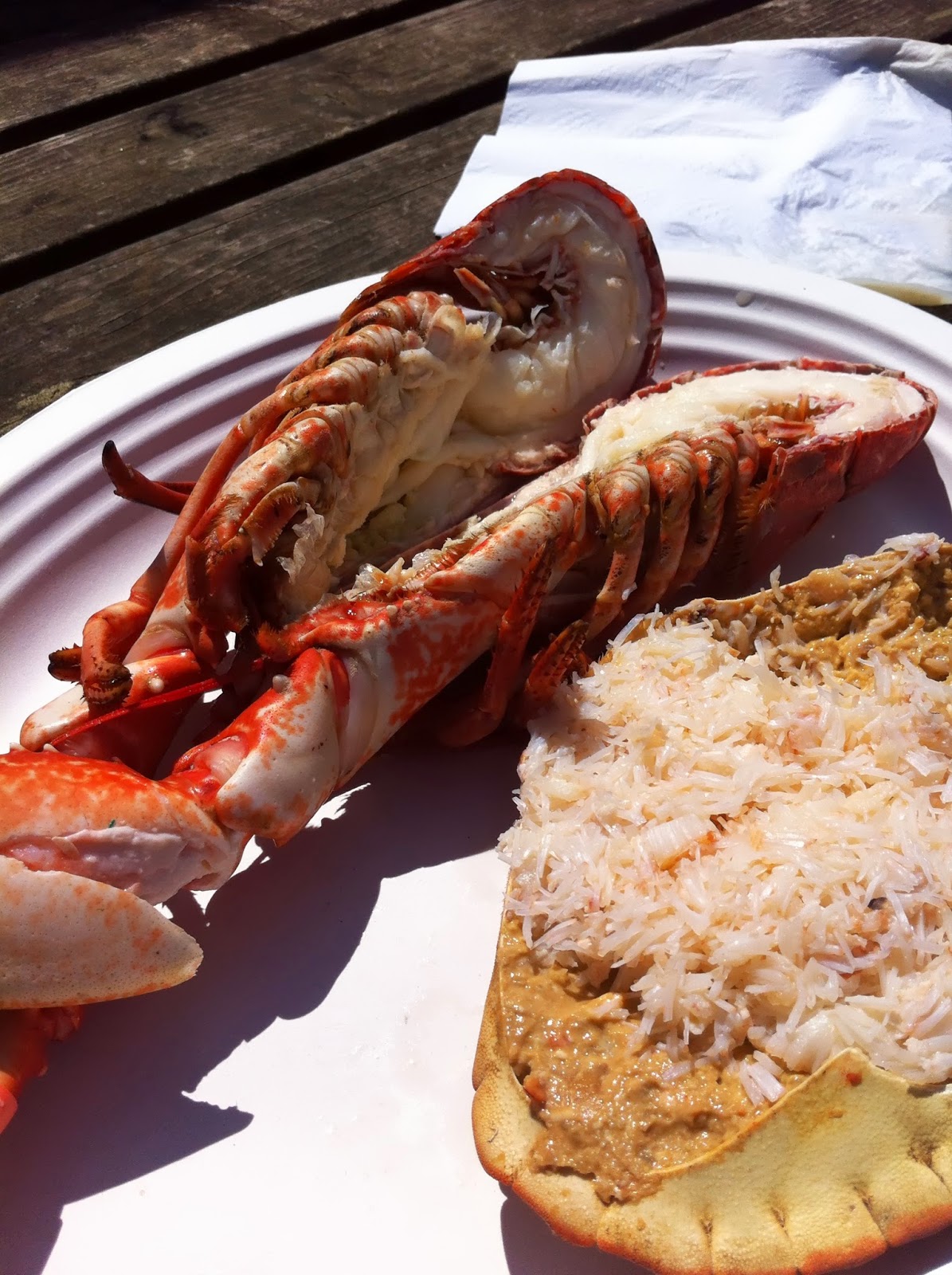 On Sunday Crail's picturesque harbour will play host to Sunday Lunch with street food vendors and local producers offering a cornucopia of fabulous local food. Shellfish from the sparkling waters off the East Neuk, traditional smokies, real ice cream, potted shrimp and home baking will all be available to enjoy.


Read my blog post from last year's festival here. I'll be heading up on Sunday to take some pictures, eat lobster and generally get involved. Let's hope it's a sunny day!!
Posted by Unknown at 10:17 No comments:

Chocolate and Beer - Made For Each Other


Last week I was fortunate enough to attend a new Beer and Chocolate tasting at the Eden Brewery in St Andrews, makers of specialist craft beers and one of the participants in this year's Crail Food Festival taking place this weekend. The brewery started in 2012 on the site of the old paper mill in Guardbridge, on the banks of the Eden Estuary. They began, as the Eden team put it, on the 'the micro side of micro breweries'. With the rise of craft ales new, independent breweries have been springing up across Scotland over the last few years and Eden are one of the new breed creating beer on their own terms. 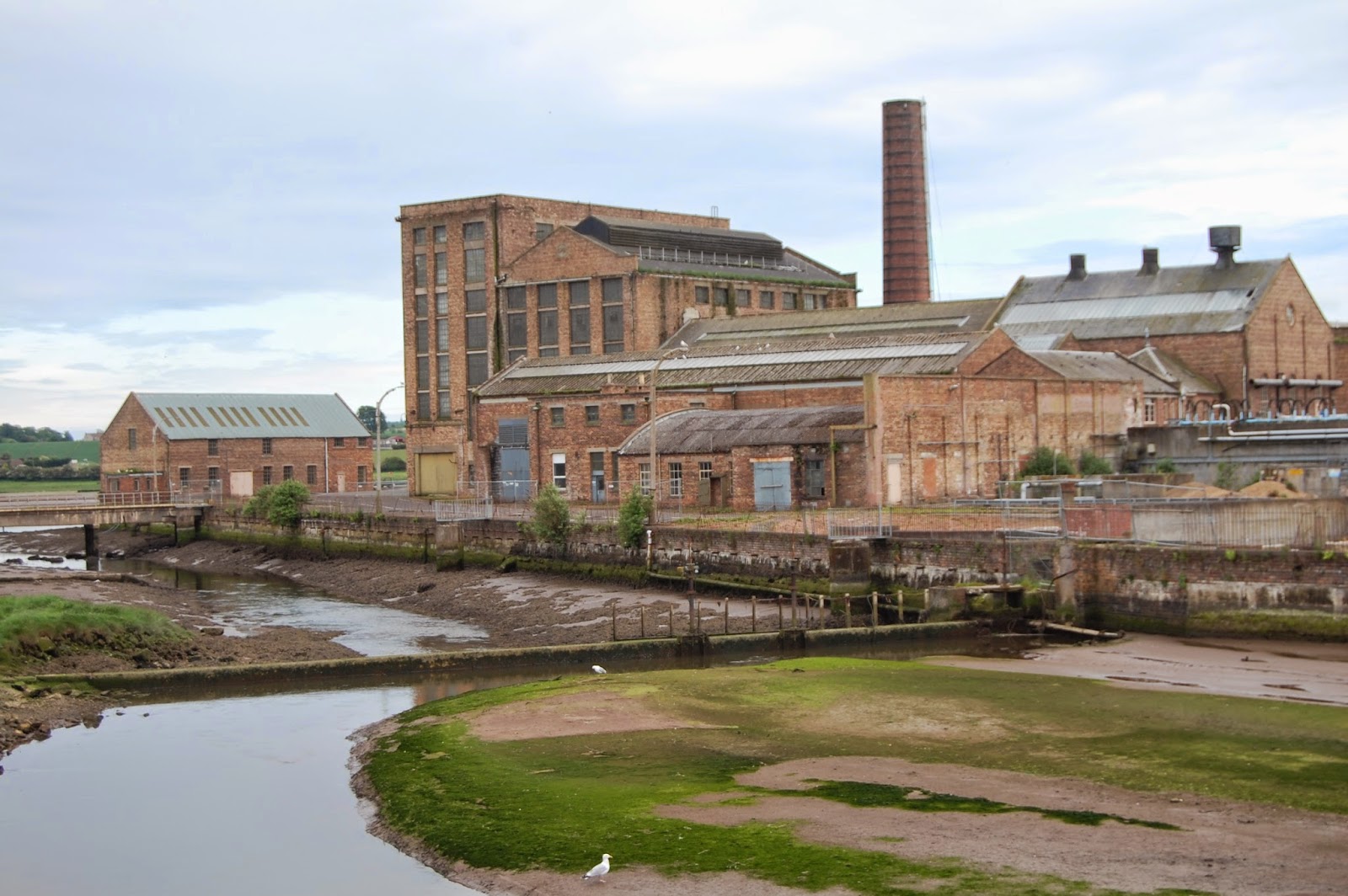 The Beer and Chocolate tasting event is, along with brewery tours, market stalls and other tastings is one of the ways Eden Brewery are engaging with customers to make them more aware of the variety and versatility of beer. For these events they've teamed up with Hello Chocolate!, an artisan chocolatier based in Dunfermline to show how the flavours of both beer and chocolate go hand in hand.

On arrival we learned a little about the history of the site. In the 19th century there was a distillery there owned by the Haig family. They moved the distillery in 1860 and turned the site into a brewery and paper mill, but the brewery closed in 1882. The area had a long history of breweries and distilleries and in the 18th century there were 91 breweries in the parish of St Andrews. However from 1902 till Eden began in 2012 that number was zero; the rise of industrial production methods meant small scale breweries were no longer viable and their traditions, flavours and diversity were lost. 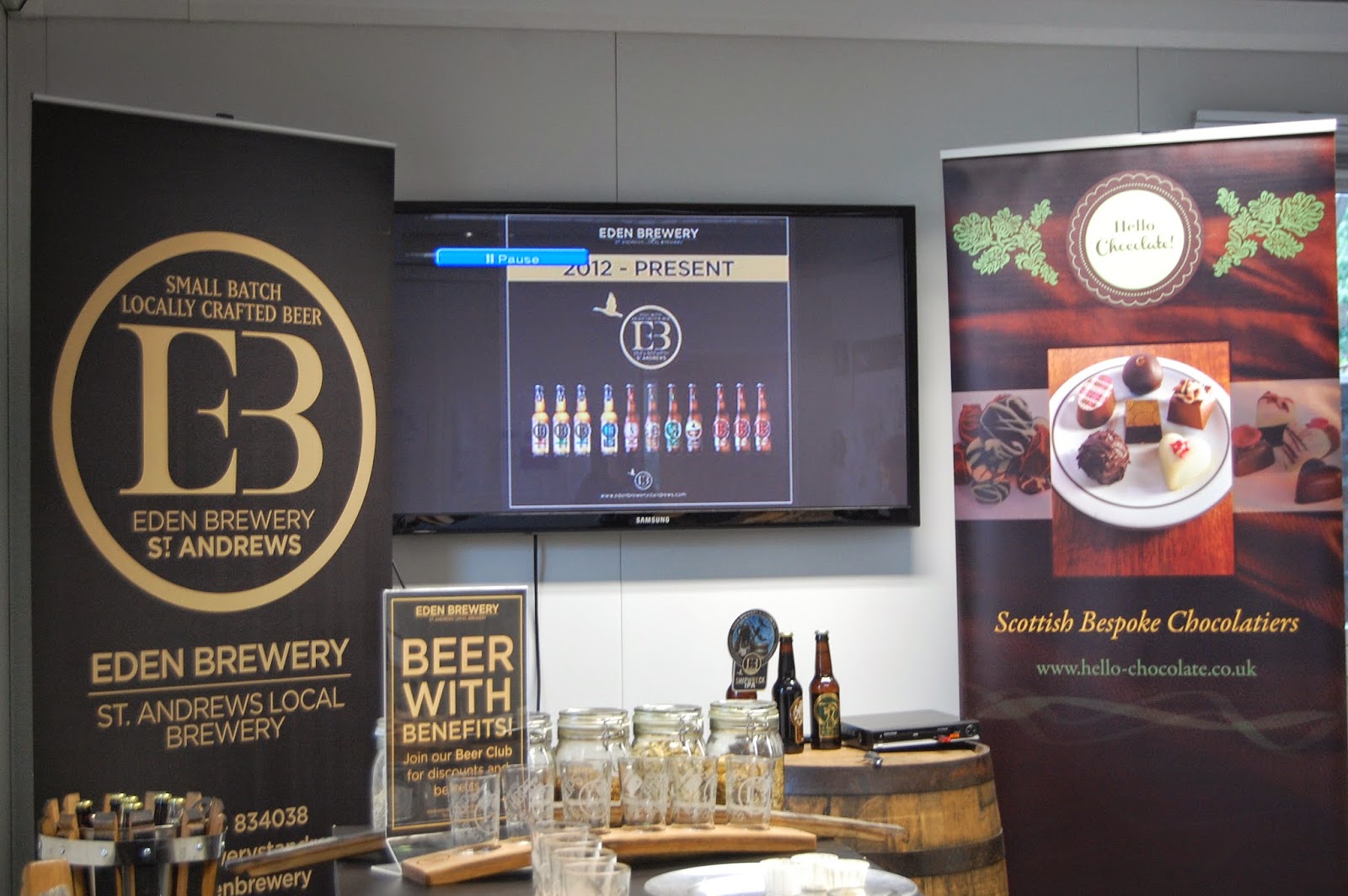 Then we looked at the brewing process. Making beer requires four key ingredients, malt (from barley), hops, yeast and water. The malt brings colour, sugar, sweetness, while the hops bring aroma and flavour, bitterness to offset the sweetness of the malt. Eden get their hops from Kent and Australia, and give their beer plenty of time to brew. They're keen on a random approach with 25 varieties and growing, with the focus firmly on creating beer with amazing flavours and character, from hoppy blonde ales to a toasty porter made with brown malt. Their wood cask conditioned ales use old rum, bourbon and whisky barrels to create intense flavours. The barrels are used only once, then recycled into furniture such as bar stools. The breadth and scope of flavours, taste and effect on the palette are every bit as complex and fascinating as wine or whisky. 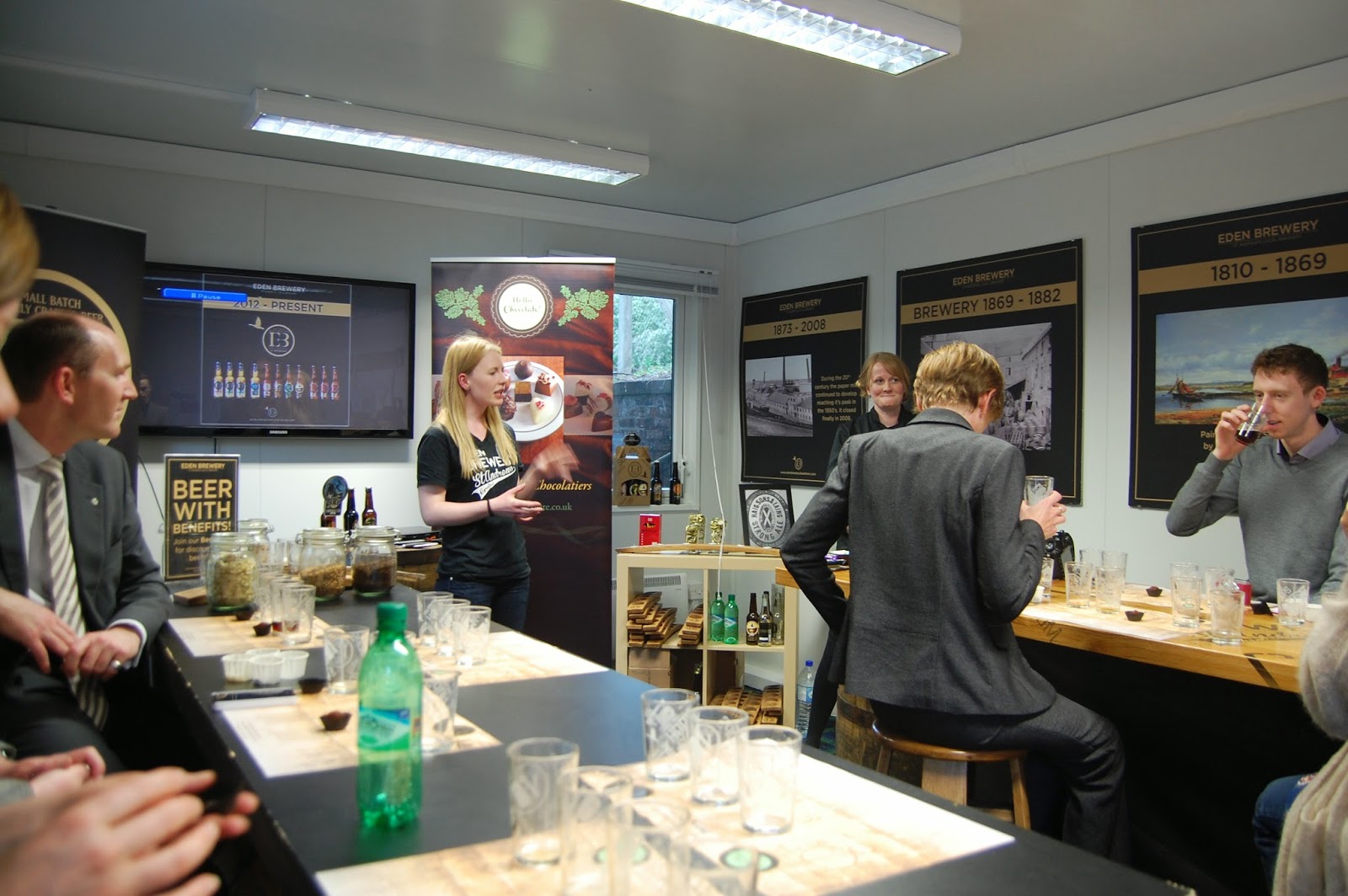 Gill from Hello Chocolate! Took us through the process of transforming chocolate from the cocoa pod, bean, and nib to the cocoa solids and cocoa butter which then magically realign to make chocolate. We tasted a few pieces of 100% cocoa solids, bitter and intense, and 100% cocoa butter which melted in the plam of our hands to soften the skin! Dark, milk and white chocolates all contain different levels of cocoa solids, butter, milk, sugar and vanilla which Hello Chocolate! uses to create its artisan range. From their Dunfermline base Hello Chocolate! are now supplying chocolates for Gleneagles and the Balmoral Hotel , and can be bought online and at specialist suppliers. 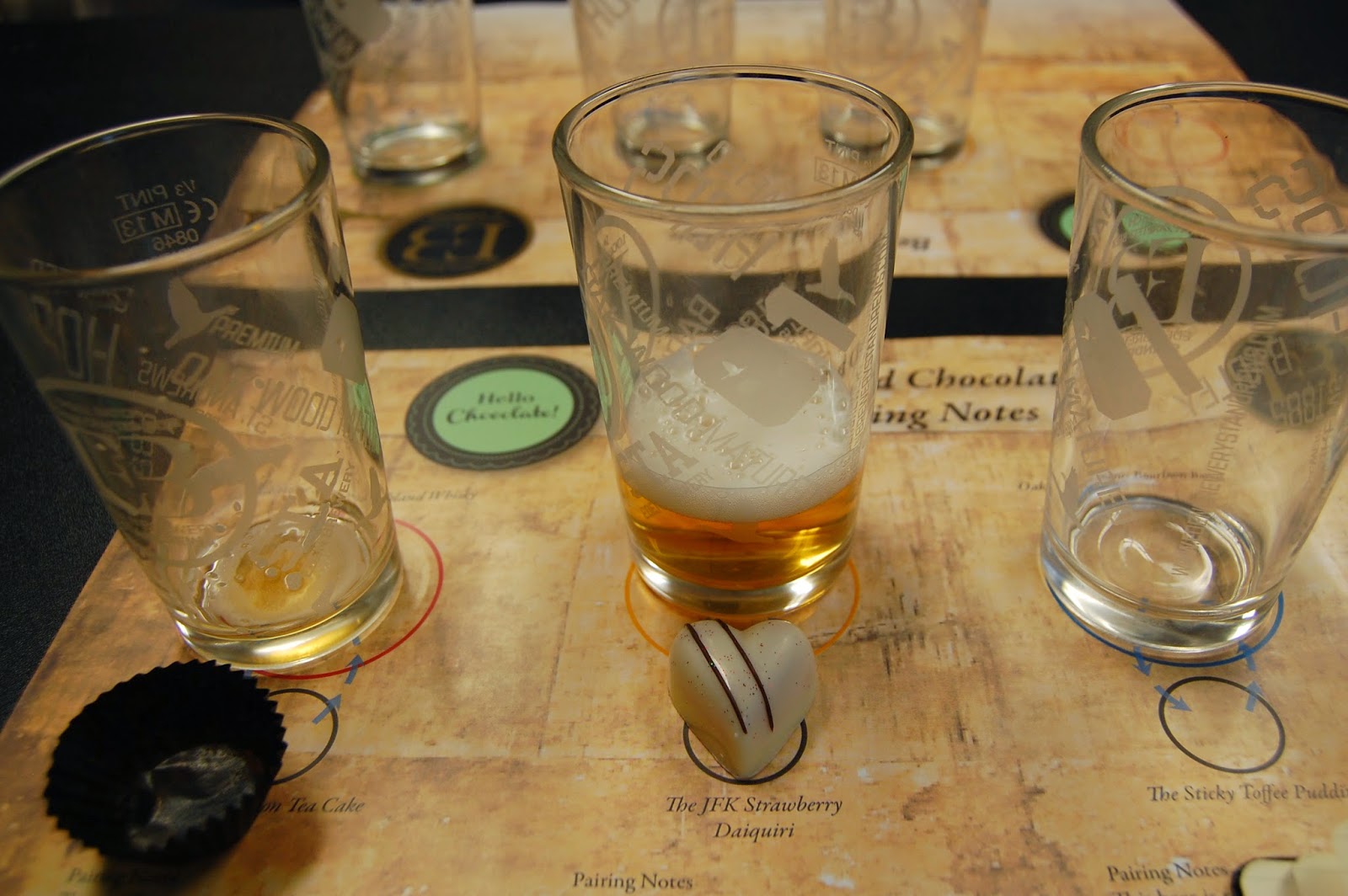 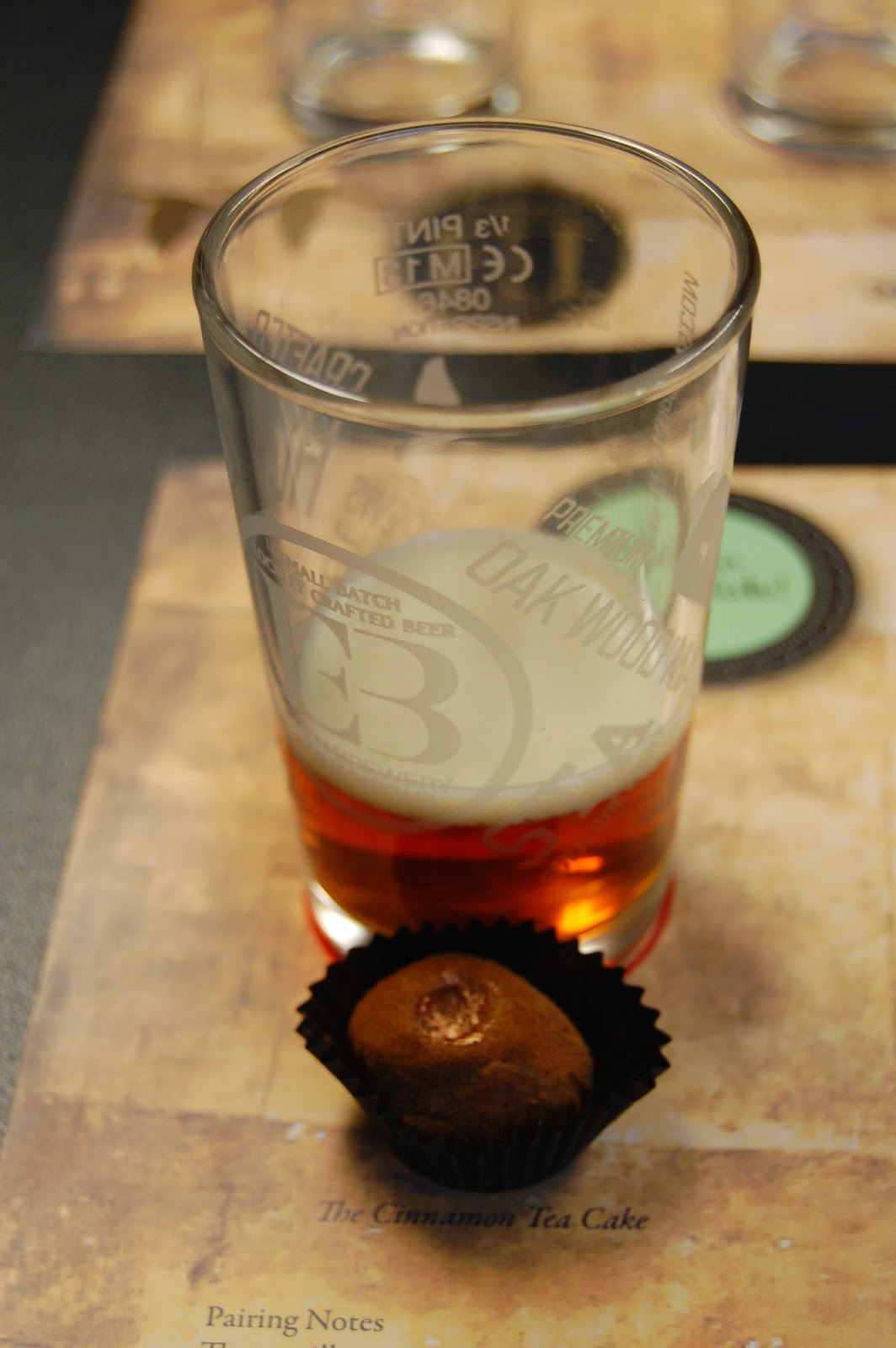 The beers and chocolates were paired up, starting with the 'Oak Wood Series Highland Whisky' and the 'Cinnamon Tea cake'. The idea is that you take a sip of beer, taste it, then a bite of chocolate and then beer again, to see how the chocolate changes and brings out different flavours in the beer. The vanilla, spice and citrus in this hoppy beer were enhanced, yet any bitterness softened by the sweetness of the chocolate, a white chocolate ganache with cinnamon, citrus peel and ginger.

The 'St Andrews Blonde' was paired with the 'JFK Strawberry Daiquiri' a cute heart shaped chocolate topped with red glitter. The beer is zesty and light, one of Eden's first award-winning beers. The strawberry and rum in the chocolate worked with the fruitness of the beer to make this combination (too!) easy to enjoy. 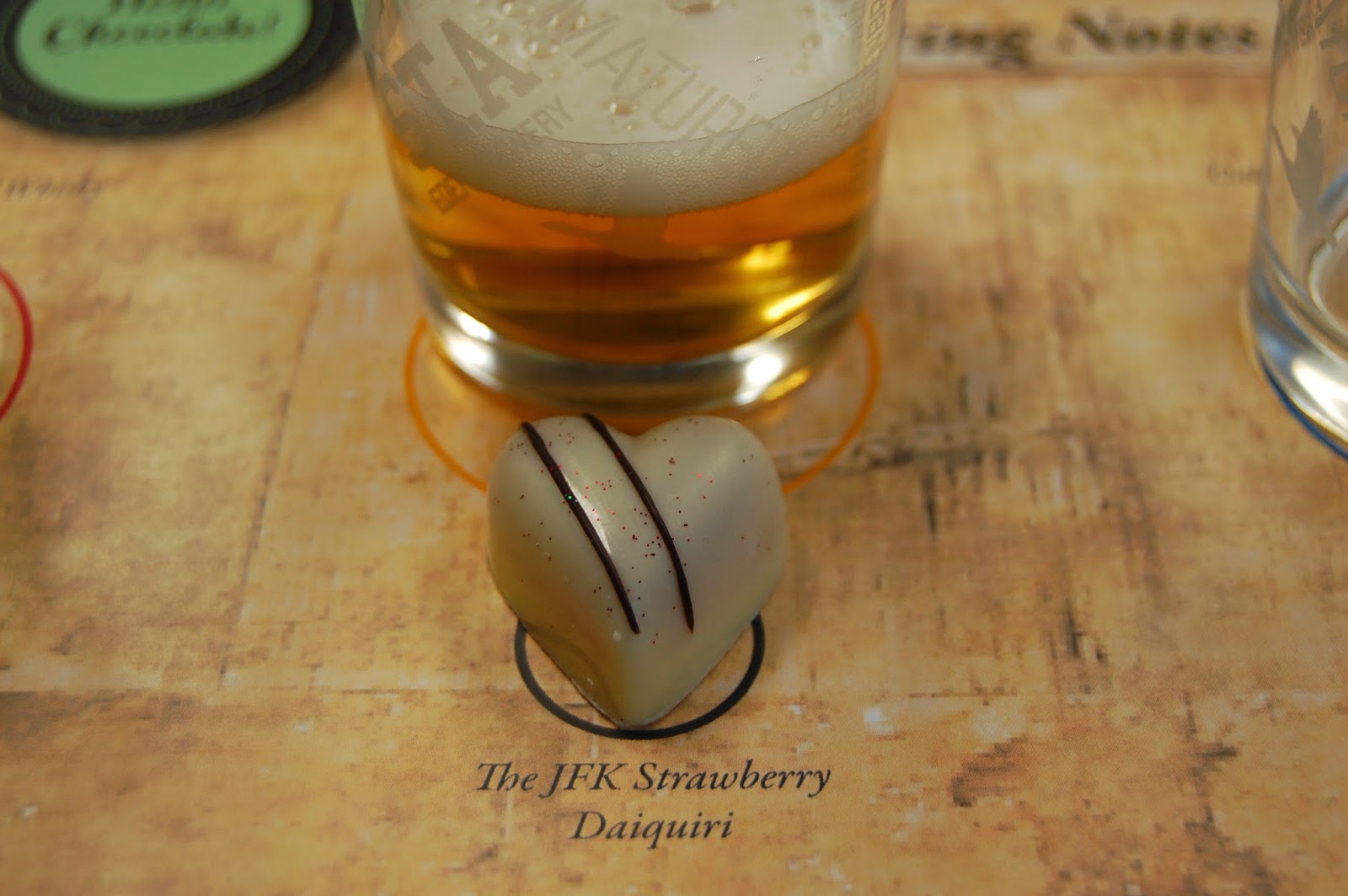 Next up was the 'Oakwood Series Bourbon Barrel' and the 'Sticky Toffee Pudding' chocolate. This beer is conditioned in bourbon casks for 60 days and at the stronger end of the scale at 6.5%abv. Rich and smooth, both combine notes of chocolate, caramel, toffee and vanilla. The effect on the tongue is indulgent, warm and relaxing. 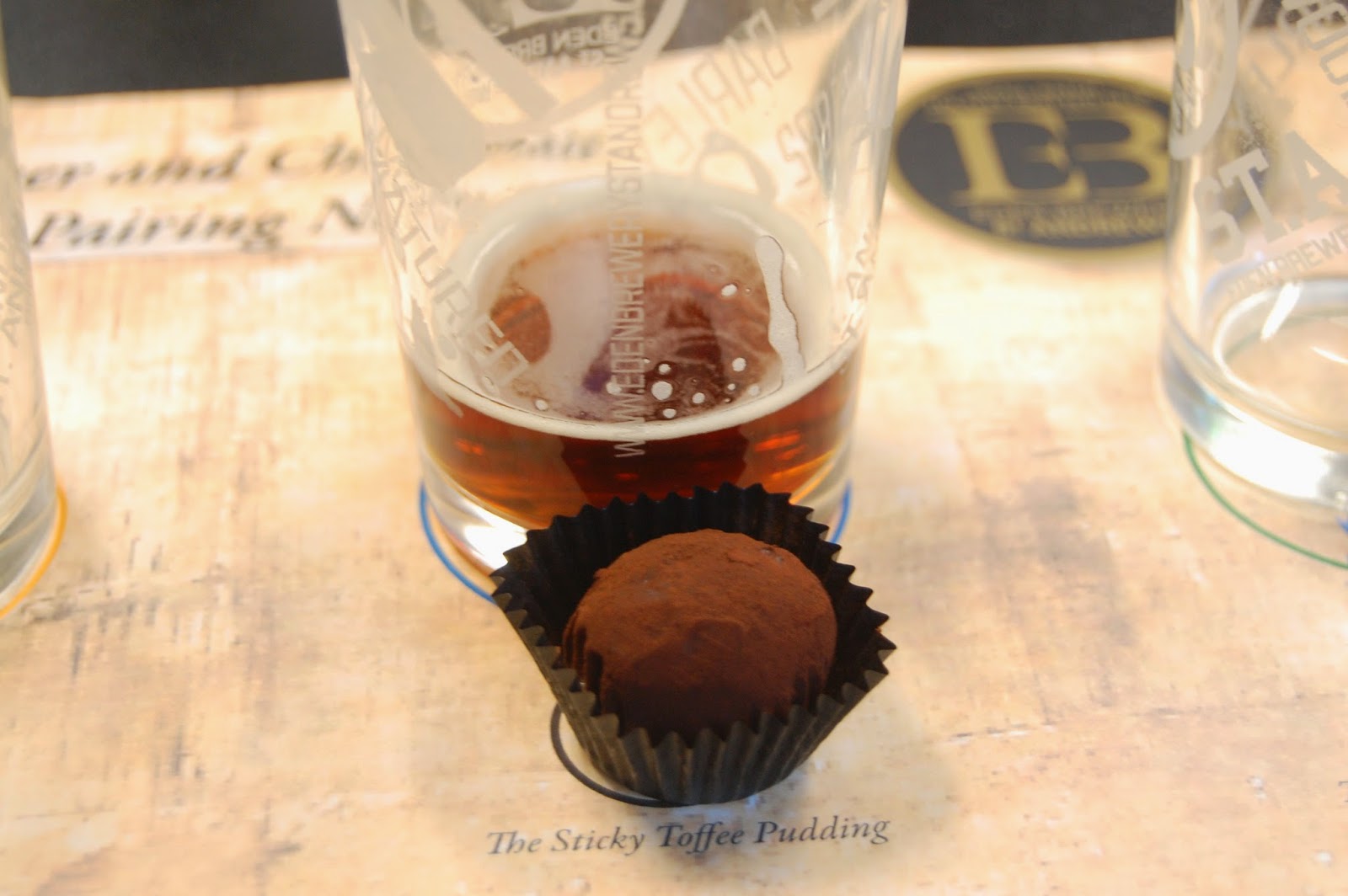 Lastly we sampled the 'Islay Oak Aged' and the 'Salted Caramel Picasso'. Another cask-conditioned ale, this time using whisky barrels from Islay. It's a strong peaty flavour due to the beer spending three months in the barrels to get a really intense, almost medicinal aroma and taste. Smoky and tobacco-like, the flavour of the beer is cut through by the salt and softened by the sweetness of the caramel. 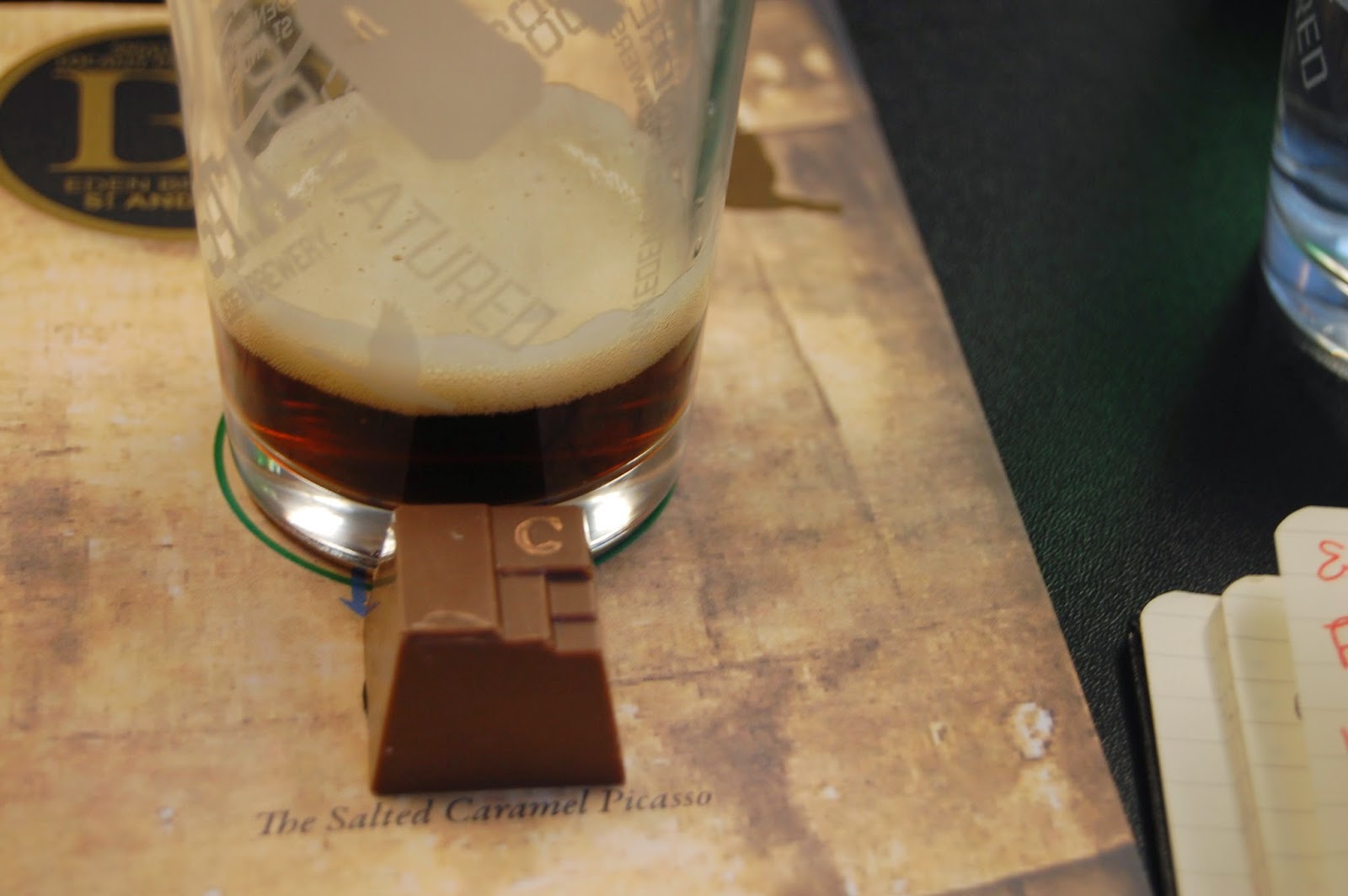 It's an interesting and unusual concept, but one which could very well catch on, following similar beer and wine tastings which are now commonplace. After all, what's not to like, chocolate and beer combined! The Eden Brewery hopes to run the tastings twice a month for visitors to the brewery. As well as continuing and experimenting with their range of beers, this summer also sees the founding of a whisky and gin distillery on the site, continuing the proud history of brewing and distilling in this part of the world. 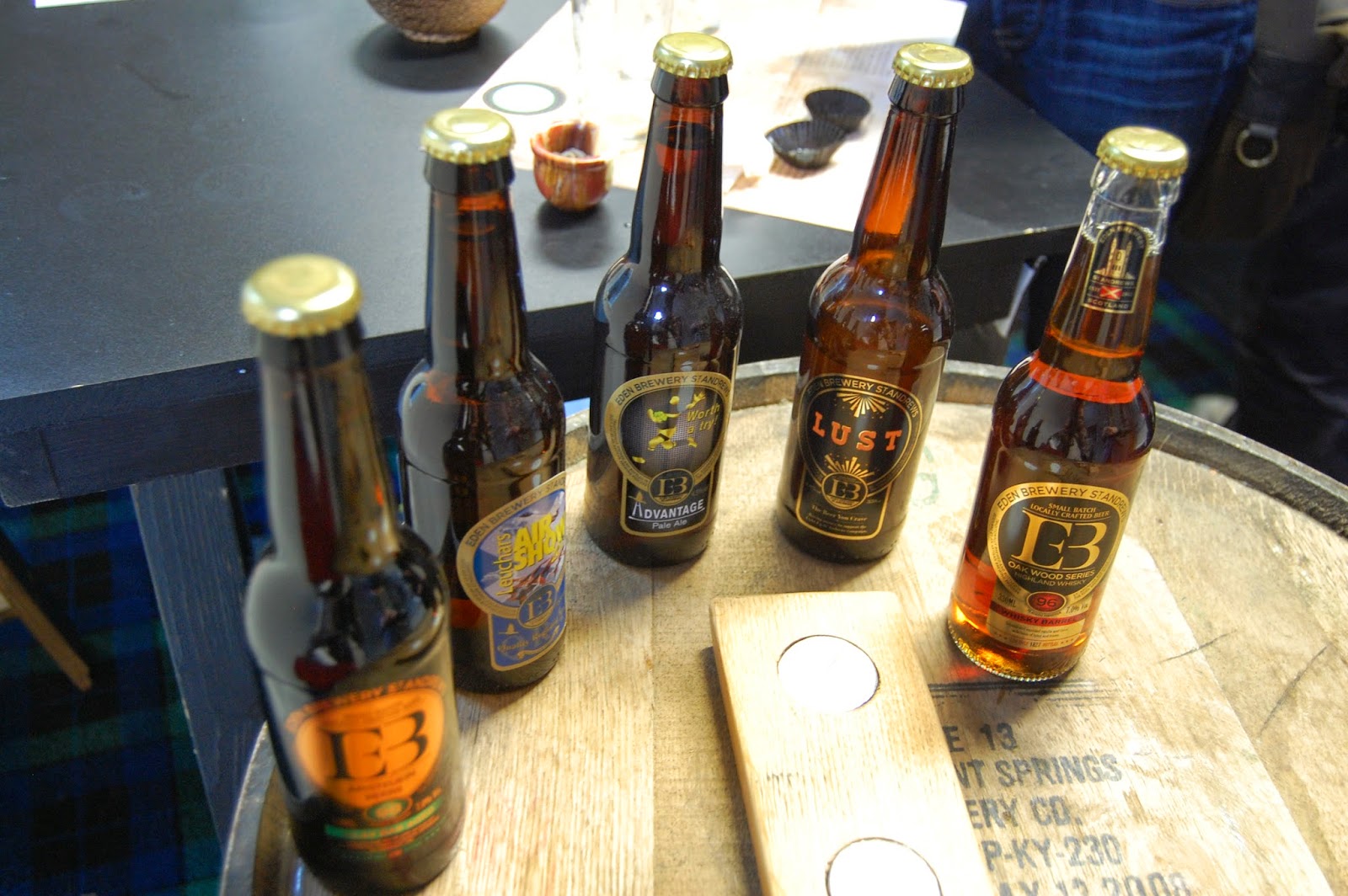 Eden Brewery will for the first time be taking part in this weekend's Crail Food Festival, with a stall at the Crail Community Hall and tastings with Mr C's Pies. Find all the details here.